The pink tide again breaks records in its 15th edition with more than 4000 people who have joined the municipalities of Adeje and Arona in the traditional route of the fight against breast cancer that is released at European level.

From 11 in the morning the south of Tenerife was impregnated with pink among thousands of people willing to contribute their grain of sand in the most important solidarity event of the Carrera por la Vida Foundation. The expected appointment has returned to incorporate new features in this edition that marks the 15th anniversary of the fight against breast cancer in Tenerife, making a leap to Europe as representatives of Spain in the Think Pink Europe network, with its director Jurgen Vanpraet, present at this great solidarity party, which once again managed to unite those present in a massive flashmob, accompanied by the foundation’s mascot.

In addition, this year the road has been marked by numerous pink wings that added to the idea of ​​the Godmother Hilda Siverio, to incorporate these elements, among a spectacular sustainable decoration, avoiding plastic or aggressive elements with the environment and betting on the material ecological. A picture that magnified the action that has become an international benchmark of awareness at all levels and that began with the starting gun of the Adeje Volunteer Fire Department.

A day full of emotions among which the delivery of medals has been highlighted as a sign of the unconditional support for men and women affected by the disease.

On this occasion, the brand new pink tide has left the Siam Mall of Adeje, ending the tour on Avenida Las Américas de Arona, where the band Banditos made the crowd vibrate. Four kilometers of fight, to which people living in La Gomera have also joined, on a morning full of surprises in which a special thanks has been shown to each and every one of the participants, in the form of a commemorative pin, for the 15 years of experience.

The event, more than consolidated, exceeding the level of participation every year, has been organized by the Arona and Adeje City Councils in collaboration with the Carrera por la Vida Foundation and different private sponsors.

In the XV edition of Carrera por la Vida, the president of the Cabildo de Tenerife, Pedro Martín, the mayors of the municipalities of Adeje and Arona, José Miguel Rodríguez Fraga and José Julián Mena, Santiago del Teide, Emilio Navarro, and the mayor of Guía de Isora, Josefa Mesa, who made the tour with the organization and the rest of the participants who wore the representative pink outfits, the most original being awarded.

The exact collection was € 36,643.77, which will be allocated to support projects, physical activity programs for people suffering from this disease and their families, the impulse of the activity of a small businesswoman who will design bikinis and colored swimsuits for women mastectomized and research on the problem of the BRAC gene.

Objectives of the Canarian Race for Life Foundation

Among the objectives of the Carrera por la Vida | Walk For Life Foundation, there is first and foremost awareness about the early detection of breast cancer. Not surprisingly, this initiative was born from the personal concern of Brigitte Gypen, who after going through breast cancer, turned to develop a solidarity career that had no intention but to be one and that over the past 15 years has managed to involve thousands of people, have their own headquarters in Adeje, become a foundation and, now, make the leap to the international stage.

The Carrera por la Vida Foundation also wants to directly help affected people, and their families, through the Sala Rosa, with psychological, physiotherapeutic support, etc. In addition, since its conversion into Foundation, it has its own projects such as BRA and invests in research and training.

You can see full gallery of images of the event on our Fan Page, direct link here. 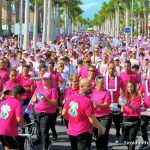 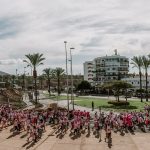 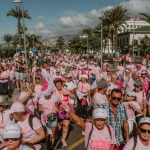 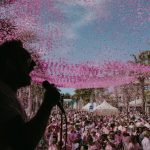 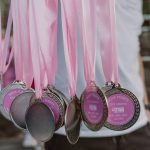 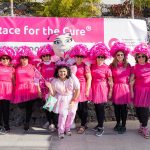 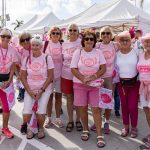 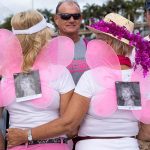 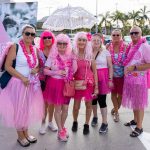