Carrera por la vida/Walk for life is now on the international stage having joined the Think Pink Europe network, under the slogan ‘Close the Gap’, the objective being thebringing together of projects in different countries, making a difference in the fightagainst breast cancer, swapping experiences and “becoming a powerhouse for change, knocking on the doors of the EU. We are now the Spanish representatives in this network, which has 19 countries as members, a watershed moment which will mean more work, more commitment, more involvement but we cannot say no as this is a unique opportunity. We want to go as far as we can” said the president of the Carrera por la vida/Walk for life foundation, Brigitte Gupen at a press conference today, December 4th.

The conference was held to announce details of this year’s event, with health councillors for Adeje (Amada Trujillo Bencomo) and Arona (Pura Martín Pérez) in attendance, as well as this year’s Grand Marshall, Hilda Siverio, a woman who hasovercome double breast cancer, and is a blogger and well know personality in social media, with her blog on Breast Cancer ‘Sácale una sonrisa al cancer’ (Get a smile out of cancer).. The Carrera por la Vida/Walk for life 2019 is taking place on December 19th, from 11am, leaving from Siam Mall (Adeje) and finishing along the Golden Mile (Arona), “and we will have a fantastic send-off with the Adeje volunteer firefighters, and those who are taking part will also receive a special memento of the event”.

The money raised this year will go towards the investigation of the BRCA gene, where cases of breast cancer are detected among members of the same family. Furthermore, the Carrera por la vida/Walk for life will continue to fund the BRA Project, which donates therapeutic bras to women who have had a mastectomy and who are not able to afford this kind of specialised underwear that is very important to post-surgical healing. Among the new projects the foundation is supporting is the LINFA project which funds the buying of special sleeves for those who have swollen arms following surgery. There is also a planned series of physical activity projects for people after surgery to help regain their health, and the foundation will also help a small business which will be making bikinis and swimsuits for women who have had mastectomies. “Our expectations regarding participation in this year’s walk are big, even though thenumbers we had in previous years are hard to beat; we still work to grow every year. We want to fill the streets with pink wings” Gypen told the conference, referring to the tradition that has evolved over the years with people dressing up and wearing pink wings for the walk. Last year over 5,200 people took part and €35,000 was raised.

The Grand Marshall for 2019, Hilda Siverio, said, “I will always be by Brigitte’s side, she is really magical, and to be chosen as this year’s walk Grand Marshall is a huge honour and a challenge. I want to invite everyone to come along and experience the Walk for Life, this is also a song for life, and you really do know that you are not alone…if you are ready to become infected by this magic, come along on December 15 th , and you will be back every year”. For her part Amada Trujillo Bencomo told the press, “We have to take into account the fact that all of the projects and programmes that we are developing locally are not funded nationally, but we are involved, and happy to invest time and money to meet the needs of our people. In Adeje this year we have attended to 130 people in the Oncology Attention Service, with psychological, social and physical assistance. Our commitment to the Carrera por la vida/Walk for life foundation is full-time, through the different projects, such as the Pink Room, the Swim for Life,  the BRA project and of course the annual solidarity walk. Furthermore for 2020 we will be promoting a new programme for those who have undergoing oncology treatment, in conjunction with the Foundation. The councillor also stressed the huge importance of early detection, saying “the best way to fight breast cancer is to get ahead of it”. Arona’s Pura Martín Pérez underlined the importance Arona also gives to the projects and programmes, both in the fight against cancer and helping patients and their families, from free transport to and from hospitals to psychological assistance programmes and physiotherapy. “But we have to do more. We always can and must do more with the hope that, sooner rather than later, the Hospital del Sur will be able to offer the treatments that our people need”.

The president of the Carrera por la vida/Walk for life gave details of some of the new additions that the organisers are preparing for this year’s walk, in conjunction with both Town Halls, such as a chance to pay homage to someone you know who has suffered from breast cancer, “we want to applaud their courage and bravery which is an example to many who are currently going through the worst moments of their lives”, commented Gypen. She also announced the continuing commitment to the environment displayed last year by the decision not to use balloons on the walk, as they usually fall into and contaminate the sea. “But we will have steel bands throughout the walk, buses for those who cannot complete the 4K and of course we will be selling merchandise to add to the fund raising total”. The president also reminded people of the 2020 calendar, Art for Life, with 12 original works of art, 12 stories in Spanish and English, “which will move you, I am sure”. And on Monday December 9 th the calendar will be on sale during a dedicated slot at 7pm in El Corte Ingles in Santa Cruz. Given the huge success of last year’s Flash mob, “we are doing it again, and we want everyone to dance, so there will be a rehearsal this Saturday in Siam Mall at 7pm, where you can also sign up for the walk”. The notary who oversees the fund raising is Nicolás Castilla, and he has also confirmed his participation in this year’s event.

The press conference concluded with the launch of a new logo for the Carrera por la vida/Walk for life foundation which will be in use from January 2020.

Money raised saw funding for the AMATE cancer association, specifically to fund areola micro pigmentation for women who have had mastectomies; for the Spanish Cancer Association for the KM Solidarity initiative which offers free transport for patients needing treatment in different hospitals in other parts of the island and an investigation into liquid biopsies. The foundation has also acquired two neuromodulation machines which, with the help of oncology physiotherapist Raquel Pérez, are used to treat pain and scars. Monies also went towards the BRA project, “we were able to give more than 250 bras to women who have undergone mastectomies”, only made possible by the implication of private businesses and entities.

Think Pink Europe is a non-profit organisation created in March 2018 by five European organisations fighting against breast cancer in Belgium (Think-Pink), Bosnia-Herzegovina (Think Pink, “Zajedno Smo Jedno”), Greece (Alma Zois), Italy (Susan.G Komen Italia), and Romania (Fundatia Renasterea), and today has member organisations from 19 countries, with three more due to join in January. All across Europe, local breast cancer organisations, hospitals, support groups and governmental organisations actively work on a common objective: eradicate breast cancer. The disease remains the most common type of cancer in Europe, affecting women particularly. Over the last years, it became clearer that a deeper collaboration was the key to reduce mortality and – hopefully – stop breast cancer once and for all. Think Pink Europe aims at improving and accelerating the exchange of information and best practices on health care and research. It focuses on reducing disparities to access health care and closing the health care gap between European countries.

GOALS OF THE WALK FOR LIFE FOUNDATION

Among the goals of the Walk for Life foundation is the promotion of early detection of breast cancer. The foundation was born out of the personal experiences and concerns of Brigitte Gypen who, having fought breast cancer herself, decided to set up a solidarity walk, one which has grown year after year, and now is in its 15 th year, having involved thousands of people along the way. Today there is a centre in Adeje, the movement has become a foundation and now is about to become part of an international collaborative network.

The Walk for life foundation also helps, in a very direct way, people affected by breast cancer and their families through the Pink Room, with therapies, etc, the BRA project and funds research and training. 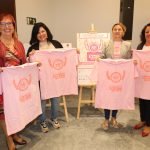 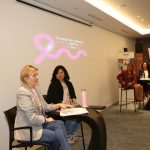 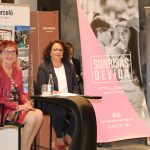 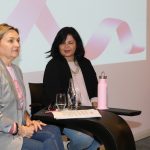 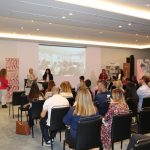