A new year, Tenerife Perla joins this solidarity action, with the Helene solidarity bracelet, whose benefits are for the Walk For Life Foundation.

Every euro and a half raised by the sale of the new collection created by Tenerife Perla, especially for this campaign, will go to the Carrera por la Vida | Walk For Life Foundation, an entity that works to raise awareness about the importance of early detection of breast cancer and to meet the needs and demands of affected people. 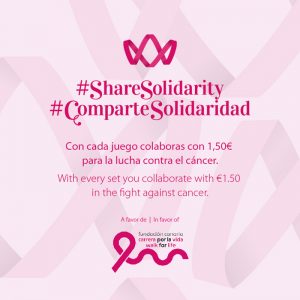 They hope, in this edition, to overcome the result of previous campaigns in which they raised more than 6,000 euros. “The clientele have always responded exceptionally to this type of action because in addition to being a solidarity gesture it becomes a perfect gift for this Christmas,” says Nanik Daswani Kubchand, general director of the company.

This campaign will donate the proceeds to two specific projects: the Bra Project, to deliver a bra tailored to each mastectomized woman that suits their needs, and the Linfa Proyect, to help people who need to buy a sleeve for the arm that swells after mastectomization.

This well-known classic and modern jewelry brand with cultured pearls has a special sensitivity to breast cancer, since this organization is mostly women, more than 93% of its workforce. In fact, Helene is the name of the new model of three bracelets made with silk and freshwater cultured pearl, and has been made in honor of a companion of the company that has recently passed away. This piece so special and with so much meaning for Tenerife Pearl, will be available in nine colors and incorporates a mother of pearl medallion.

It is important to note that one in eight women could suffer from breast cancer in our country, according to the Observatory of the Spanish Association against Cancer. In 2018, 1,397 cases were diagnosed in the Canary Islands, exceeding the 2017 figure when 1,132 cases were detected. A figure that continues to increase gradually. For this reason, solidarity actions like this are so important for Tenerife Pearl.

But this is not their only commitment to society and it is not just a timely campaign, since this organization participates every year in the solidarity calendar of this same entity, in addition to collaborating with other associations that have a direct impact on people as a Red Cross, a humanitarian institution whose goal is to relieve human pain, or Little Brave, an association that fights childhood cancer.

The Helene solidarity campaign will be available until March 15, 2020 in the group’s 17 stores, both in the Canary Islands and on the peninsula, as well as on its website. “By this means, and through social networks will be informed of the amounts that are collected,” explains Anne Loyer, executive of the Marketing department.

Tenerife Pearl belongs to the FSGROUP Group, a family business based in Jersey whose founder, Fred Scrag, was a prolific engineer who revolutionized the textile industry.

With the benefits he decided to invest in creating brands that would help celebrate the holidays. His travels around the world made him develop his passion for pearls.
Currently, the company is managed by the third generation Scrag, although the management of the division responsible for the Tenerife Perla brand is entirely Spanish and led from the Canary Islands. It already has 17 establishments in Gran Canaria, Lanzarote, Tenerife and Malaga and employs more than 120 workers. In 2015 they invoiced 5.9 million and its forecast is to conclude this year with eight million euros. 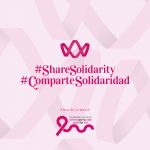 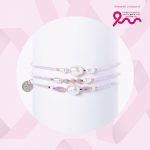 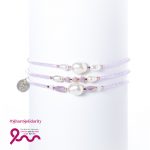 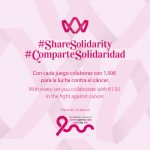 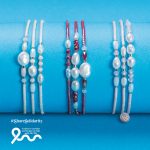 Non-Verbal Communication for the new world

Non-Verbal Communication for the new world ACONVE, the association of experts in Non-verbal...

LOOK AFTER YOUR MICROBIOTA AND LIVE HAPPY

LOOK AFTER YOUR MICROBIOTA AND LIVE HAPPY Join us facebook live February 23rd from Pink Room, and...

This website uses cookies to improve your experience while you navigate through the website. Out of these, the cookies that are categorized as necessary are stored on your browser as they are essential for the working of basic functionalities of the website. We also use third-party cookies that help us analyze and understand how you use this website. These cookies will be stored in your browser only with your consent. You also have the option to opt-out of these cookies. But opting out of some of these cookies may affect your browsing experience.
Necessary Siempre activado

Any cookies that may not be particularly necessary for the website to function and is used specifically to collect user personal data via analytics, ads, other embedded contents are termed as non-necessary cookies. It is mandatory to procure user consent prior to running these cookies on your website.