Ecovidrio and the Solidarity Against Cancer Foundation have launched on Tuesday in 21 cities in Spain -several ones in the Canary Islands- the campaign Recycles Glass for Women, in order to mobilize society in recycling and contribute to the fight against breast cancer, which this Thursday celebrates its World Day.

Borja Martiarena, Marketing Manager of Ecovidrio, explained that each kilogram of glass that is collected in the 146 containers that will be disposed “at strategic points” will be transformed into a euro that the entity will donate to the Foundation that Sandra Ibarra presides over for investigation against breast cancer

With this initiative, which takes place for the third year in a row, “we appeal especially to women, those most concerned by World Breast Cancer Day and our stars of recycling, who are the soul that pushes us to continue with this work, “he said.

According to a study by Ecovidrio, nine out of ten Spanish households declare an active role in recycling and women are the most committed, 78 percent compared to 18 percent of men.

This year, containers will be located “at different rates” during the next three weeks in cities of Andalusia, Canary Islands, Castilla y León, Catalonia, Community of Madrid, Valencia and Galicia.

For Sandra Ibarra, returning to work with Ecovidrio for the second year is “a chain of value” in favor of the fight against breast cancer, of which 26,000 new women are diagnosed each year and for which early diagnosis involves the cure of 90 percent of the cases. 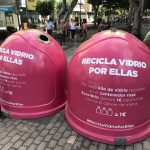 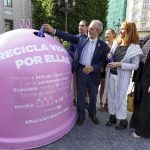 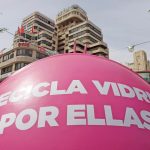 Non-Verbal Communication for the new world

Non-Verbal Communication for the new world ACONVE, the association of experts in Non-verbal...

This website uses cookies to improve your experience while you navigate through the website. Out of these, the cookies that are categorized as necessary are stored on your browser as they are essential for the working of basic functionalities of the website. We also use third-party cookies that help us analyze and understand how you use this website. These cookies will be stored in your browser only with your consent. You also have the option to opt-out of these cookies. But opting out of some of these cookies may affect your browsing experience.
Necessary Siempre activado

Any cookies that may not be particularly necessary for the website to function and is used specifically to collect user personal data via analytics, ads, other embedded contents are termed as non-necessary cookies. It is mandatory to procure user consent prior to running these cookies on your website.